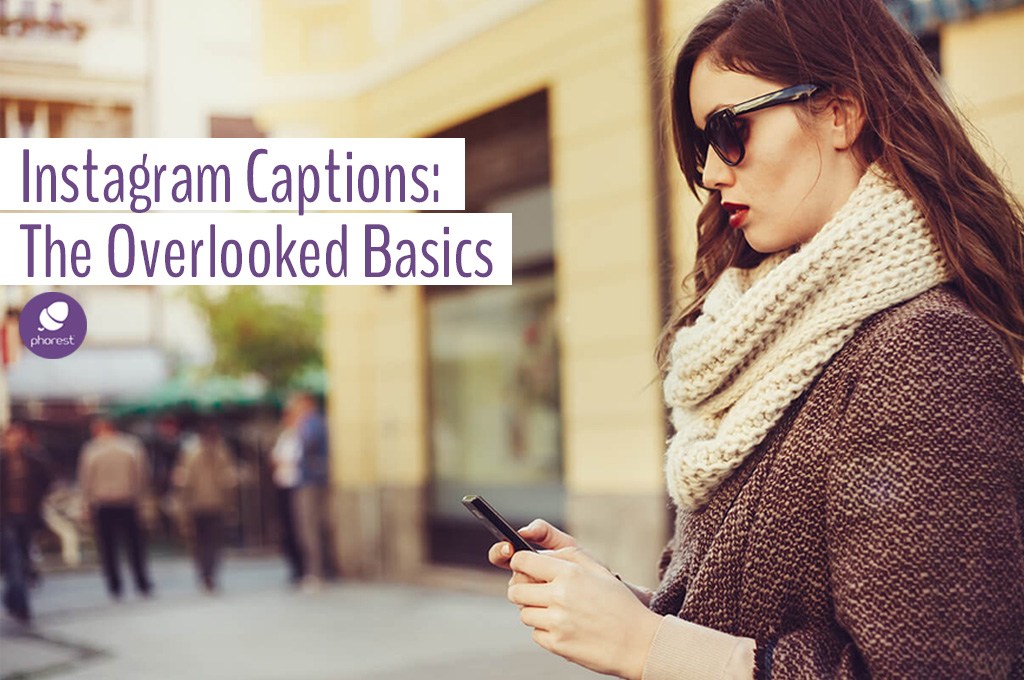 Salon Instagram captions, they give a voice to your ever so good-looking visual content. However, you need to explain it well and make your voice blend with Instagram’s style. In the end, a caption can be the difference between a scroll over and a like. Still in doubt? Here are the 5 reasons we, at Phorest, believe your captions are just as important as the photo you’re about to publish.

The number one question that pops up when people start discussing Instagram strategies is: “How do you get more followers?” Well, there’s no magic formula – I don’t recommend buying followers, it’s shallow, and you don’t get the desired engagement that justifies your social media presence to begin with. All you are doing is showing off numbers. While it’s not the only thing you should consider to craft a successful post, salon Instagram captions can have a massive impact on your brand voice, and bring in new followers down the line.

Caption edits are always an option, but aim to make it right first try

Picture this (no pun intended, ha!): you’re at a family gathering, and someone cracks a joke, but it’s just a tad too late for it, hence out of context. It’s awkward now.

Well, that’s the same thing with your salon Instagram captions! So before you publish anything, think about what you want to write. This is your brand’s voice after all!

In short, take your time and get it right the first time.

If your salon Instagram captions are too long, they will get cut off

You might not be aware of this, but Instagram allows your captions to be 2200 characters long. What they don’t tell you is that after three or four lines of text, your caption gets cut off and added a little “read more” tag.

The key isn’t necessarily to keep it short. But you should prioritise some things. For instance, hashtags and accounts you tag should be at the end of your caption. Make sure you get your client’s attention within the first 3-4 lines of text; many times, it’s what makes your content stand out.

Facebook, who owns the rights to Instagram, did a study a while back, in which they analysed posts that had audience interact with the brand. They found that these publications had higher engagement than non-question posts using affirmative statements.

The main trick here is to ask a question or encourage your followers to share their experiences! After all, social media is meant to be an interaction, not a one-way traffic lane.

Using too many hashtags looks spammy

With the breakthrough of all the main social networks as we know them, the hashtag has transformed into a social tool used to identify topics of conversation or interest for online communities. But there’s an etiquette to it (read more about that here)!

Some accounts I follow on Instagram flood in hashtags, and to be fair, it’s not all to their advantages. While it might get you a bit more traffic, some users just find it annoying.

If you decide to use hashtags, your best bet would probably be to settle for anything between 4 and 10 (at least that’s what the majority seem to be doing at the moment). For instance, we usually use #LetsGrow, #Phorest and then maybe #LetsGetThemBackIn or any content related hashtag. Also, if you’re wondering which salon hashtags you should use, then you might be interested in this read.

Instagram allows the posting of your images and videos to 5 other social networks, including Facebook, which most of you already do. 🙂

One small thing you should consider if this is part of your salon posting routine: not all parts of an Instagram caption translates well on other social networks (for example, tagging an account with @… will not link to that profile to Facebook). For that particular example, you might want to tag the picture function rather than writing it in the caption.

Instagram is an immersive social network in which there are multiple ways to do things. If you would wish to know more about the different features it encloses, or any Instagram related-app, such as the post we did a while back on How To Schedule Your Instagram Posts, then drop us a line at marketing@phorest.com or in the comments below. Find out all the other ways Phorest can help you grow your salon!

Zoé Bélisle-Springer (they/he) is a trans and non-binary award-winning writer, author of various ebooks, producer and host of the Phorest FM podcast and speaker known for their contributions to inspiring materials destined for the salon community. They have been featured in SalonEVO, Salon Today, Professional Beauty UK, Thrive Global, Authority Magazine, Future Of Everything and spoken at conferences such as Modern Salon’s Digital Summit, the Thrive Sessions, Seattle Interactive and Uppercase. As Phorest Salon Software’s Community & Content Manager, they are responsible for the planning and execution of localised audio and written content as well as driving community engagement leading to collaborative course content, mentorship programs and online/on-demand video content.
See all articles by Zoé Bélisle-Springer

200 Million Instagram Users Check Business Profiles Daily – Are Your Clients Able to Book as They Scroll?

In 2020, Instagram celebrated its 10th birthday. Whether you can’t imagine a time before it, or you still feel like you are getting used to it, there is no denying […]

10 Tips To Raise Your Salon Prices Without Losing Clients

Over the last few decades, the price of living has gone up, and customers’ habits have changed. In the hair and beauty industry, there’s still quite a bit of fear […]

With the dizzying pace at which things change, the world of social media can be a tough one to navigate. That’s why we couldn’t be happier to introduce salon owner, […]