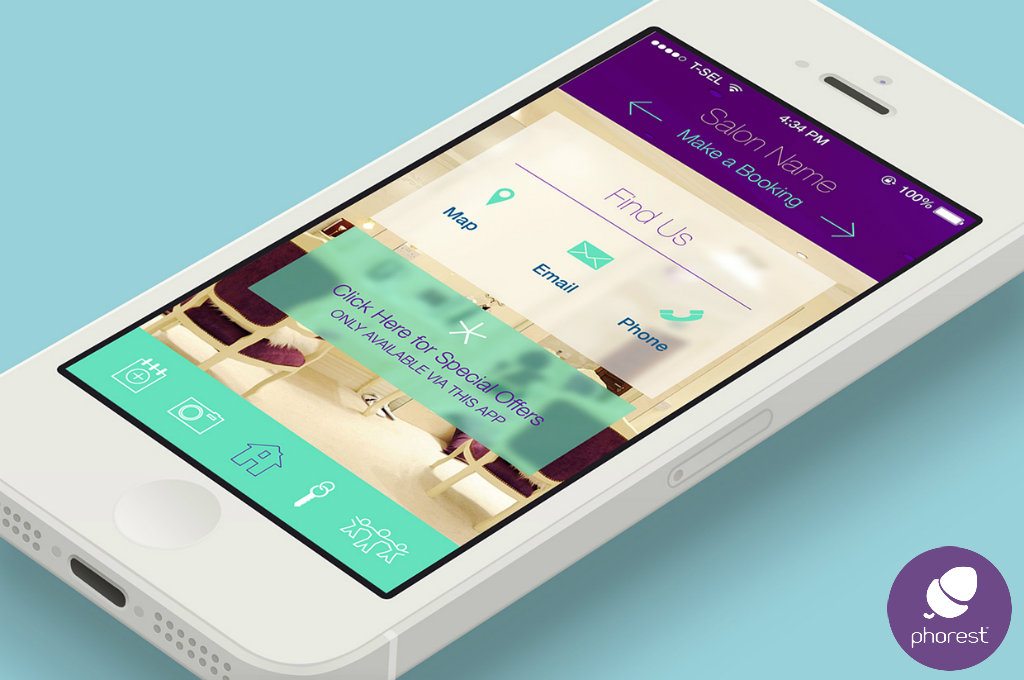 Why do I need an App if I already have a Website? #4 is a real wake-up call!

For me, the biggest marketing change for salons in the last decade has not been social media, deal sites, apps or online bookings – it’s been all of them combined!

A website was the first step online; then came social media; then mobile and apps, and yet, not one of them has replaced the other. So… you’d be right to ask, “Why do I need an App if I have a website? Can’t they just use that instead?”

Six  reasons why you need to go mobile NOW:

More and more people are browsing and purchasing through mobile. The crazy part is though they’re not doing it through the internet, they doing it through an app. Outside of calls and texts, 82% of people’s time is spent on apps – only 18% is spent browsing the web.

Here’s another answer to your question “Why do I need an app?” Have you ever landed on  a website on your smartphone and the writing is tiny? You have to pinch the screen to see anything.  You give up because the frustration is just not worth it. Apps are specifically designed for mobile and greatly increase your chances of getting people to book an appointment on their device.

2.  Referring a Friend is Inherently Mobile

When people refer a friend to a salon they are almost always out and about. It’s over a coffee when someone compliments their friend’s hair and asks where they got it cut or about their radiant skin and what treatment they usually book. How many times have you heard a friend say “I had an amazing meal last night in Jordan’s Brasserie!” only to completely forget the name of the restaurant they gave you.

Apps solve this e.g. the next feature Phorest is releasing on the app is the ability to refer a friend from the app using SMS so the details are sent and not lost in the thin air of conversation. Click here if you’d like more info on our app.

Facebook is an incredibly powerful platform. But, it’s losing its appeal among the 18-30s who are leaving the platform fast. The scary part is though they are leaving it for apps like Vine, SnapChat and Instagram i.e. there is no one thing replacing Facebook for this younger audience.

If you’re still wondering “why do I need an app?”, take note that, if you have an app too, you’re going to capture this demographic. They are using  the Just-Eat app to order takeaways, the Hailo app to order a taxi and a whole host of apps to plan journeys and message friends. Getting an app now and being one of the first salons to take a leap is a great way to capture this market now in your area rather than trying to win them over from the salon next door when it’s too late.

You should always ask for a ‘re-book’ when a client is paying up. Let’s be honest though, some stylists and therapists are not going to do this for you and as a result, you wait and hope that they just appear or even worse, forget about them totally.

With apps, you can set up an automatic SMS reminder when they are due to come back again – ‘It’s been four weeks since your last appointment! to rebook just tap here’. This would open the app and with three taps, they’re back in the seat! The beauty of it is, it’s all automatic.

Having an app means people can book in 24/7. This is important – now you’re working to their opening hours, not the other way around.

IMPORTANT: it’s important that you get an app that fully integrates with your salon software like Phorest’s App – otherwise you just get an email with the client’s service and desired time. Now the client thinks they’re booked in but you have to call them the next morning to say that slot is gone. Or worse, it’s in your spam and you don’t even see through no fault of your own.

When people call to book an appointment, they generally ask for their usual or just an appointment. If you present them with a menu of all your services when they’re booking then you are far more likely to increase their average spend e.g. you sit down to buy that juicy novel on Amazon for £14 – somehow, magically, 15 minutes later you’ve just bought four books. This is an effect known as ‘self-generated persuasion’.

You subconsciously reviewed and sold the four books to yourself. Capitalize on that impulse buy with an app.

How do I get an app?

Phorest recently launched its app. The beauty of it is, it fully integrates with your software. We’re doing a special – sign-up for the Phorest App and get a free app marketing kit worth £99.

Get more information
on the Phorest App

Ronan Perceval is the founder and CEO of Phorest Salon Software. Have a question for Ronan? Email marketing@phorest.com or leave a comment below.

As many of you know, the Phorest team is always open to helping out clients with their salon business questions in any way we can, and a recent request for […]